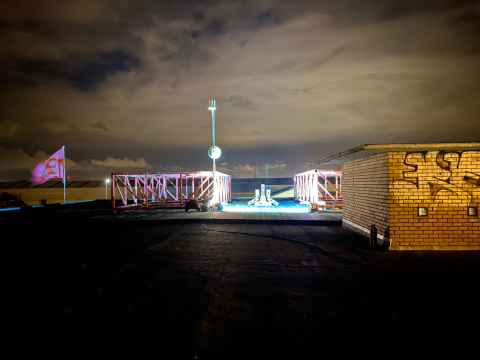 During Konvooi Festival 2021, for six days, Pleun Peters and Mara van Nes retreated to the roof of Het Entrepot in Bruges. To try to transcend something in the midst of all the labour, industry, structure, planning, efficiency.
Trying to understand something.
Trying to connect themselves with something bigger.
To become small.
To dessolve.
View outside, to gain insight...

The public could sign up via SMS and was asked to find a 'talisman'. Then they received a headset and we took them up on the roof. Here a ritual took place in which the audience was led back to itself by looking at the environment, by means of a live voice over, and subsequently removing the boundary between 'the self' and 'the surrounding'. The musical live-mixed soundscape allowed the audience to be in different realities at once and still be able to intently listen to the voices.

"The center is everywhere

There is no beginning, no middle, no end.

You are everything and nothing... at the same time"

The voice-over then shared our own discovery about the need to be in awe in a world so stark, straight and boxed in. Finding the awe by taking a moment, looking differently and realizing that you are in awe. To then marvel at this abillity we have to be in awe about something and then be in awe about this again. We called it 'dissolving in awe'.

We prepare the audience for the descent by inviting them to become part of our "awe-movement". We gave them a card with our awe-symbol and a piece of chalk so that they could apply this symbol themselves in places where they felt in awe, in order to communicate this with others of the movement that emerged here. In this way, all kinds of places of awe arose on and around the festival site.

"Because at the time when you are most amazed at all of life that you don't understand. You may be closer to the point of understanding everything than at any other time"

based on texts by: Jane Wagner (The Search for Signs of Intelligent Live in the Universe), Keri Smith (The Wander Society), Jeroen Theunissen (Hier Woonje) and Miranda Turfnell & Chris Crickmay (A Widening Field)

Thanks to: Het Entrepot, Bruges 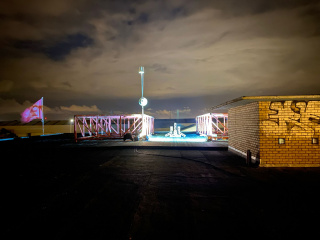 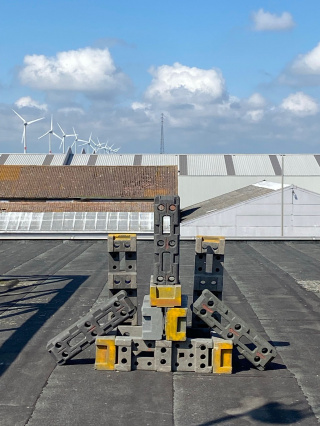 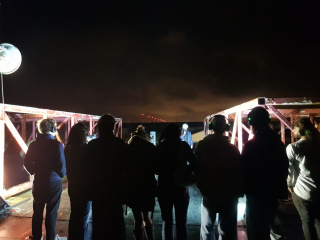 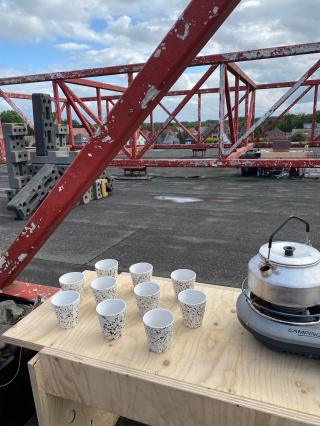 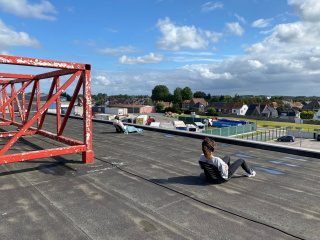 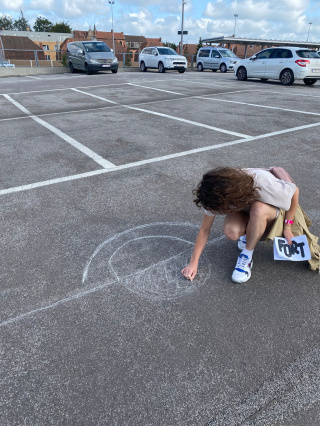 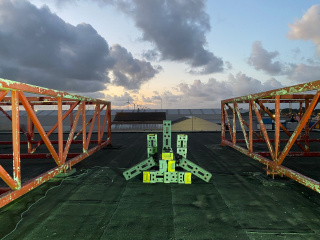 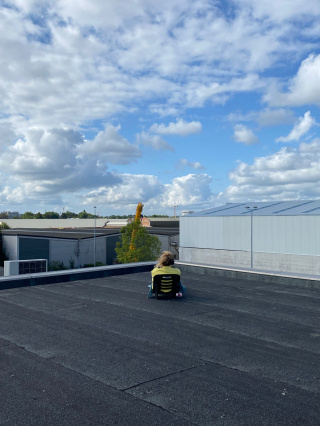 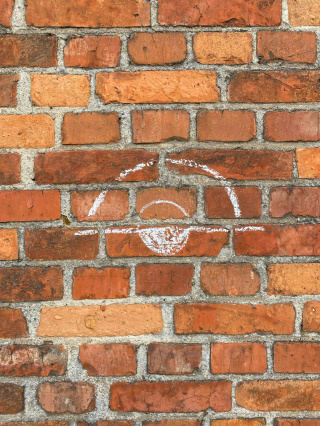 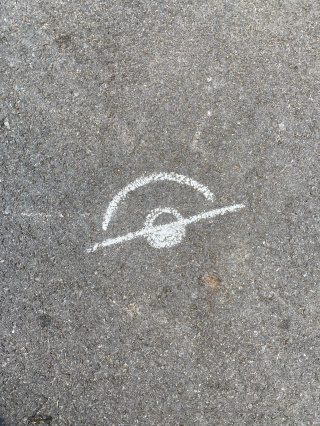 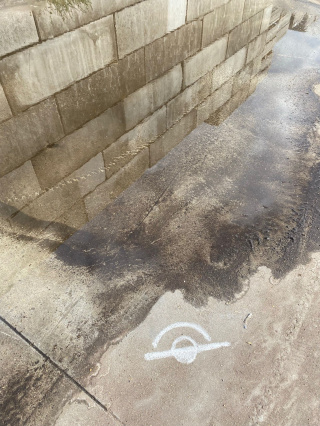